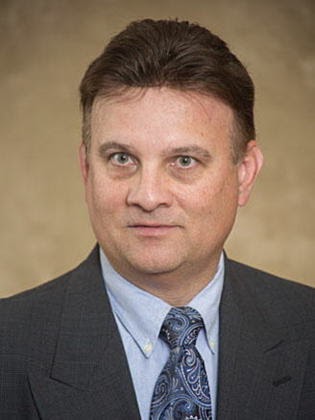 Delta is a global provider of power and thermal management solutions. The company provides innovative, clean and energy-efficient solutions that focus on addressing key environmental issues such as global climate change. Delta’s business categories include Power Electronics, Automation, and Infrastructure. Delta was recently named 2021 ENERGY STAR® Partner of the Year for the sixth consecutive year by the U.S. Environmental Protection Agency (EPA).

We spoke with Todd Gregory, Director for White Box Networking at Delta Electronics (America), to find out more about why Delta views disaggregation in data centers, and the Dent project, as a key emerging technology for Delta customers

Please explain what your organization does and why you joined the Linux Foundation Dent group?

In broad categories, how do you personally calculate the total cost of ownership for deployment of networking equipment?

In broad categories, I would calculate TCO = Opex and Capex costs. This formula includes four broad areas that include capital costs, administration, operations and user operation.

Factors include acquisition price, cost of maintenance and upgrades in the costs of service or support contracts, cost of deployment and network integration costs. These are the typical factors used in calculating costs for data center managers.

For a service provider, they typically look at the TCO as the cost per port. This method is used to benchmark the main building blocks of an architecture, overall cost and the number of ports in each configuration.

Disaggregation would definitely result in equipment cost savings in the long-term. It also provides the flexibility to select suppliers and avoid a vendor lock-in situation. Moreover, since it is open sourced, customers control their own destiny.

Where would you like to see Dent in 3 years

I would like to see Dent broaden its scope into WiFi AP/Router and IP security cameras.

In the next three years, what challenges do you feel Dent needs to overcome to become even more widespread?

Do you feel that changes to remote work policies around the world will affect Dent development and adoption?

It’s common to think of retail and educational campuses as big users of edge networking equipment. Are these groups interested in Dent? Where do you see interest in Dent?

I agree that the retail sector and educational institutions would be “big” users of edge networking equipment, especially given the current COVID-19 environment where remote services have become commonplace.

I have had inquiries from the retail sector in regards to Dent. They are highly interested.   Education is another industry where Dent could have a significant impact.

I see Dent expanding beyond retail and into both the education and government sectors. Organizations have been directed to look for Commercial Off The Shelf equipment and software (COTS). Dent would be an economical solution for these sectors and gain wide adoption.

What advice would you give to a network manager interested in deploying Dent for evaluation?

I would tell any network manager to engage with the Linux Foundation and project Dent community. There are hundreds of networking experts, software companies and manufacturers that are eager to advise and assist anyone interested in deploying Dent.

This knowledgeable community can aid in deployment, share lessons learned and show the factors needed for a successful Dent launch.